CHABUDUO: The human element in failed construction or pretty well anything else.

Chabuduo:  a Chinese phrase I was introduced to recently that means, in rough translation: It'll do, close enough, or close enough  for government work. It is the general expression of malaise that overcomes people when there is a disconnect between what they are making and the person they are making it for.

The Austin Lounger Lizards, my favorite blue grass band have a line in their song Industrial Strength Tranquilizers  "If we're good and work real hard, we save our pay until we are able to afford the kind of crap they make us build"

You can hear the song here:

The point being, in Central America, the Caribbean and a lot of other places, buildings are constructed with a Chabuduo attitude toward construction, either because the $35.00 bze a day labourer knows he will never be able to afford one, or because developers are too busy selling granite countertops than  solid and well designed structures. A lot of the dilapidated buildings we see, and a lot of the things that fall over in Hurricanes are classic Chabuduo.

Look at the following failed Haitian structures: These are aftermath pictures from Hurricane Matthew: 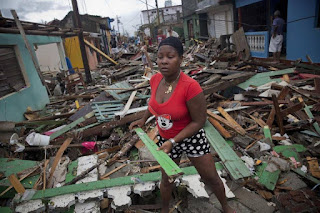 What we see here is the complete failure of buildings that probably weren't any good to begin with, slapped together with what was at hand, unfit from day one for human habitation. 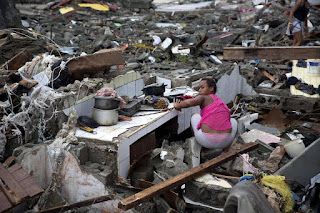 The Chabudou attitude caused as much damage as did the storm itself.  When you employ either of these ladies for a day labour job in your nice home, you need to think that this is what they go home to. Your house because it has a gable roof and is well constructed, survives. 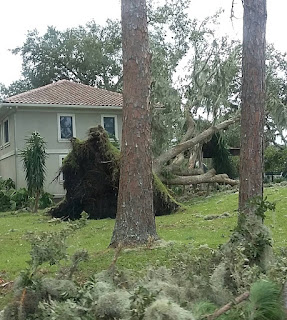 The choice is very simple, build to the Dade County building code in hurricane prone locations, or build to and live with the Chabudou style of building and watch it fall down.

Now I am not suggesting that everyone gets the gable roof house in Dade County, we already know that isn't possible, however if you build in a hurricane prone  place like Belize or anywhere on the islands ask yourself if you know enough about building to be able to spot Chabuduo at work in your home.

We import so much stuff from China that is broken when it gets here, or shortly there after that it's no wonder they have a word for it. I always think about some Chinese worker assembling LED Christmas lights and think, "how safe are these really?" Do workers in China really care about your Coach purse or Nike runners? I doubt it.

We have a company in Canada that specializes in selling a real cheap house brand of tools made in China, they offer a great return policy because on some items 60% fail.  Which is the same as if I built ten really cheap condos in Belize and only six fell down.

What does Chabudou look like on the job site?

It looks messy, piles of crap, tools lying around soon to be lost of stolen. Scaffolding that you would not climb yourself and lots of people standing around not doing very much.

My favourite place to find Chabuduo class workmanship is either the electrical or plumbing systems, site built waste traps that you can't clean, one outlet per room with every outlet in the house on one circuit and often by the time you spot it, fixing it is virtually impossible, or at least very expensive.

People make expensive assumptions about construction quality and since knowledge of such things is generally not widely held there is a lot of room for Chabuduo to set up housekeeping.

1) go back and look at the pictures and decide which you want after the next hurricane.
2) manage your construction project, or if you can't hire a reputable third party to do it for you.
3) Inspect new construction more than at take over.
4) Read your contract: know what the builder has promised and make sure your guy knows what's in it. 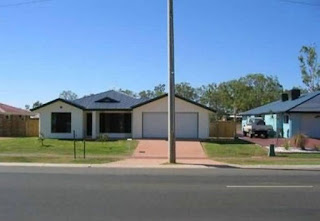 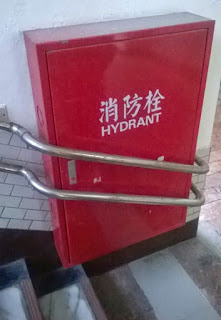 CHABUDUO: It's everywhere, you have to do your diligence to prevent it!!

Posted by doug elniski at 2:19 PM No comments:

Firing badly. It's gonna cost you.

Managers tend to be myopic thinking about costs and HR people are more concerned with the rest of the employment lifecycle to give termination much real deliberation.  They think they know the correct way to proceed, but in reality they probably don't.  Few organizations have good downsizing or termination strategies and they have a lot at risk as a result. For the sake of argument I am going to call every dismissal a firing.

When firing an employee, you lose:
Companies who fire senior people without forethought risk all this and more. The inevitable vacuum is problematic, word of mouth will create rumours as to the reasons and the likelihood of bigger, hidden issues.
Surprise firings of senior people speaks to bad planning and rash decisions. The long term effect on the employee is usually nothing, the long term impact on the business can be very real in terms of dollars and cents.

There are ways of doing this that protect the organization and, frankly, not a lot of HR people see the bigger picture, neither does the CFO or the supervisor. It behooves the most senior executive to understand what the impact is likely to be and plan to mitigate it long before the act occurs.

Now sometimes, organizational restructuring happens and in these cases the best advice I can offer is to fire the assholes first; everyone in the company knows who they are and if you don't then you don't know your business. Get rid of the assholes, bullies and sycophants. Most of your staff will be grateful that you did.  When you, instead, terminate the most popular manager you have, you will find, as a consequence and after time that your staff never really stop staying in touch with the good guy and sooner or later, someone, or more will leave your organization to go work for the good guy at his new place.  Some of my best recruiting comes from exactly these circumstances, believe me, people are more loyal to each other than they are to the business.

Your lawyer probably isn't going to be much help, few lawyers look at firing s from the perspective of anything other than contract.

You might get some carefully drafted language in the fired managers separation agreement that says they can't recruit, but just as nature abhors a vacuum, so to will your existing workers ignore an agreement they are not part of and recruit themselves into the good guys business.

Understanding these dynamics is useful for post incident consideration, but there is more: As the CEO or VP here are a few thoughts to keep in mind that should influence your decision making and firing methodology:

1) Who's the to be fired manager sleeping with? Are you breaking up any extracurricular relationships, real or implied? I know we'd all like to deny this happens, but come on, you know it does, and it does.

2) Is the to be fired manager financially stable?  This is a tough question, a lot of times people are looking for "one more severance cheque and then they can retire" other times they have problems that are very real.

3) Is the to be  fired manager likely to be vindictive or spiteful? Loonie tunes shoot up post offices, other people just go postal on social media.

4) Does the to be fired manager have family in the company? This is tricky and tough, if you chose to fire everyone with the same last name expect a human rights complaint.

5) What were the circumstances of their hiring, were they recruited, by an associate in the business? If they were so good that you stole them from the competition, why aren't they that good now and have you questioned the judgement of the person who hired him, who else did that person hire?

6) What kind of job did they have before? If the hiring was a promotion, why?

7) Is their health good? If you are terminating someone with health issues, what is your plan to mitigate liability?

8) Are they armed? Don't assume anything in this regard, an accurate shot and a quiet burial have been contemplated by more than a few unstable people.

9) Do they know anything that can hurt you? Are they privy to any corporate behaviour that is not 100% above board?  That government inspector your manger took fishing suddenly comes into play.

10) How will they get home after the firing? this is important because whoever drives them home needs to keep notes, some crazy shite is likely to be said.

Each of these topics needs consideration beyond the basics of you not wanting that person to be there and at the end of the day it's all about money and security.  Properly done, a firing, while never pleasant, can be structured in such a way as to mitigate the risk to the organization. I am not particularly concerned with the employee, I am more concerned with making sure the business does not suffer as a result of the firing.

I was fired by an incompetent idiot who didn't know he was doing me a favour and another time by a guy  who really cared. There is a lot of honesty in the termination process and so there should be.

There are a million ways to die in the west and about the same number of ways for an employer to pooch a firing.

Posted by doug elniski at 3:04 PM No comments: